January 1, 2019 brings us a new year and an extensive rewriting of Article 5 of the SC Probate Code.  This is the section relating to guardianships and conservators.  Two major take-aways from the new law- focus on the least restrictive environment for incapacitated persons and a major push toward standardized forms.

Want to learn more? How does this effect pro bono efforts?  It means that the former SC Probate Court Special Visitor Project will now become the SC Probate Court Guardian ad Litem Project!  Much of this volunteer effort is the same but with a new emphasis on advocacy.

How do you get involved? At this time you simply need to read the job description at: http://bit.ly/2UWeBhQ and submit a Volunteer Enrollment Form expressing your interest in this project.  We are seeking 10-12 volunteers and once we achieve that goal we will set up the training. The training will involve three-four 2 hour evening sessions of training, observation of a guardianship or conservatorship hearing and accompanying an experienced volunteer on a case.

This is an amazing hands-on experience that is time intensive but full of opportunities to make a real difference.  Contact the Pro Bono Program if you have any questions

In her petition, Saunders explains the circumstances leading up to her misuse of the client funds. She explained that her boyfriend, with whom she shared an apartment, had an emotional downward spiral and failed to pay his portion of the expenses. Saunders, who had practiced on her own for less than a year, was unable to meet the couple’s shared financial obligations, her credit was destroyed, and her car was repossessed. Her boyfriend then became abusive, causing Saunders to leave the apartment with only the clothes on her back and to give up her office space so that he would be unable to find her. Then in 2015, Saunders obtained $26,283.50 in an arbitration proceeding on behalf of an
incarcerated client. She used the portion of the funds to which she was entitled as her fee to purchase a car, but the car broke down. Because Saunders was too embarrassed to seek help, she converted the client’s funds for her own personal use to recover from the financial challenges brought on by her former relationship.

In mitigation, Saunders states that the client has been repaid in full; she has no prior disciplinary history; she cooperated with the disciplinary process by submitting a detailed letter of her misconduct to the Investigative Panel member assigned to the case; her actions were due to extreme emotional distress stemming from domestic violence; she has undergone counseling to rebuild her self-esteem to avoid similar problems in the future; she otherwise has good character and reputation as shown by letters of support from the legal community; and she is remorseful.

The court rejected one mitigating factor

“Caught: The Lives of Juvenile Justice,” from WNYC Studios and hosted by Kai Wright, introduces us to kids, both inside and outside the incarceration system, who are trying to find their way out of trouble. It’s impressively wide-ranging, giving context about neuroscience, sentencing, and progressive approaches to helping young people, and it’s impressively fine-grained, too, telling intimate, nuanced stories with empathy and honesty. “What happens once we decide a child is a criminal?” Wright asks. “What does society owe those children, beyond punishment?” What makes “Caught” truly stand out is the voices of its subjects: the kids sound like kids, which, considering their circumstances, is startling in itself. They are finding their way—discovering who they are, who to trust, how to act. “There’s some people that belong in jail and there’s some people that’s misguided and don’t know what to do,” one boy says. He says he’s a mix: “I want to be a good guy, but sometimes I’m a bad guy.” “Caught” makes us consider some of the most basic questions about growing up, being human, and being humane. 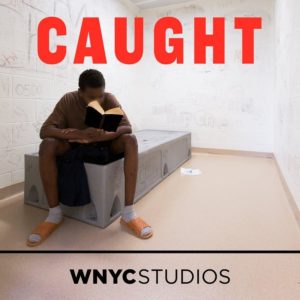 so find a nice warm place, put on your warmest pj’s, make a decadent hot chocolate and read the latest edition of The Difference! Follow up by checking out your options on the Pro Bono Program website https://www.law.sc.edu/pro_bono 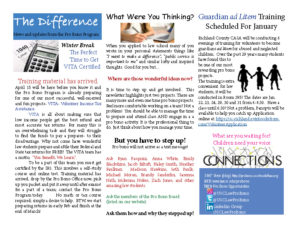 You know what skills you need to succeed; let pro bono help you enhance those skills and warm your heart!